How we fund International donations

The Rotary Club of Hornsby District (RCoHD) was one of the first contributors to the Malaria Vaccine Project and it continues to be one of the greatest supporters. The Club’s commitment to the project started in December 2016. It supports the distribution of bed nets, treatment for clean water and education around malaria and its prevention. The Club also donates to international Rotary projects such as health education and welfare in other parts of the world that need assistance.

One of the club’s members, Geoff Sell, has been the driving force behind the Rotary Club of Hornsby District’s Foreign Coin Repatriation Program (FCRP). His expertise and creativity have helped to raise funds to support the Malaria Vaccine project.

Over two decades ago, the FCRP began when Adrian Garton, now member of Rotary Club of Orange NSW, was working in the airline industry and recognized there was an opportunity to make “big change from small change”.

The program works by collected and repatriating unwanted foreign coins and notes that travellers bring back to Australia. The coins brought back are of too little value to be converted into Australian dollars; and the Rotary Club of Hornsby District offers to take them as donation.

Assisted by other clubs, the RCoHD, collects the donated coins and notes from donation boxes placed in AMEX, Bendigo Bank branches, and currency exchange facilities in various cities around Australia.

When the coins and notes have been sorted and returned to their country of origin, they are then converted into Australia dollars. Through this process over $560,000 has been raised through the FCRP over the last 24 years.

In some instances, unique tokens are also donated to the Club. The FCRP sub-committee endeavours to sell them online to collectors as an additional avenue to raise funds for the Malaria Vaccine project.

If you are a Rotary club and would like to learn more on how to participate, please email info@rotaryhornsbydistrict.com. 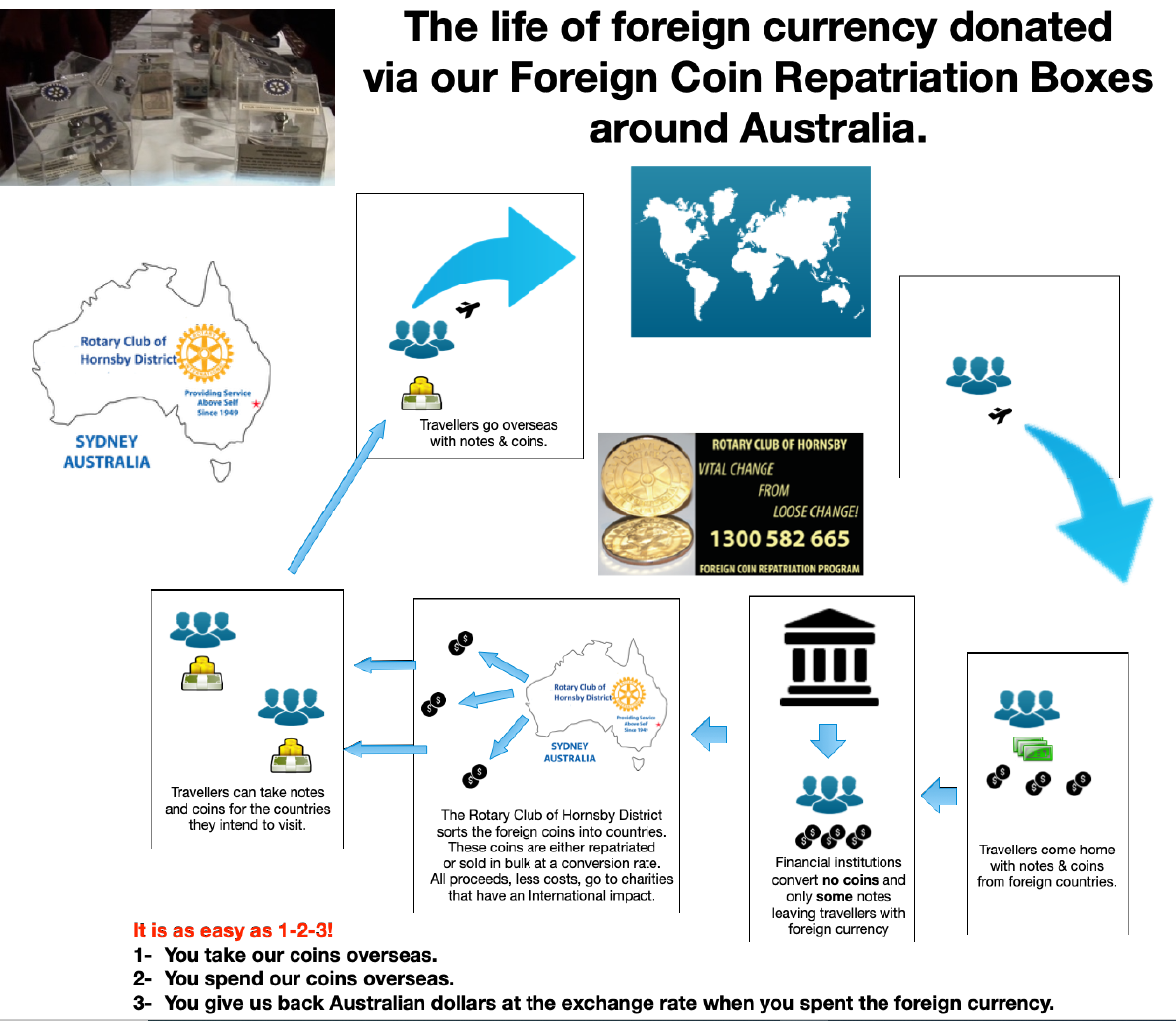 Looking for resources to promote this program to your club? Look here
Contact Us to help